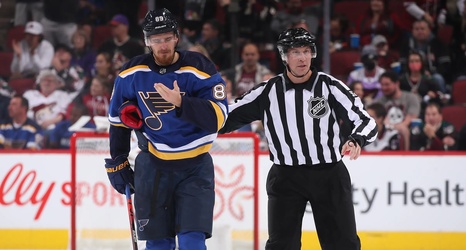 Blues fans already had an inkling that new arrival Pavel Buchnevich had a bit of a temper. During a particularly, contentious game between his New York Rangers and the Washington Capitals last season (after the cross-checking on the ice incident by Tom Wilson and the ragdolling of Artemi Panarin), he cross-checked Anthony Mantha in the face. This is frowned upon, and Buchnevich was given a one-game suspension.

This means that Buchnevich has a disciplinary record, and it may get a little longer today.