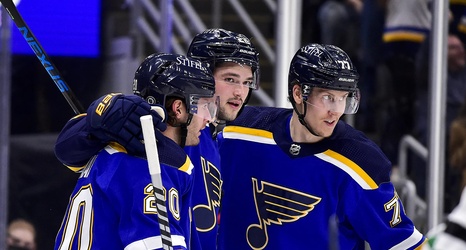 On Tuesday night, the St. Louis Blues face off against the Ottawa Senators. Logan Brown, son of former Blues defenseman Jeff Brown, could potentially slide back into the lineup to face the team that drafted him 11th overall in 2016.

Brown was born in Raleigh, North Carolina, when his father was playing for the Carolina Hurricanes, but after retiring, he moved his family back to the St. Louis area before settling in Chesterfield.

Brown grew up playing minor hockey in St. Louis for the St. Louis Bandits where he was coached by his father.