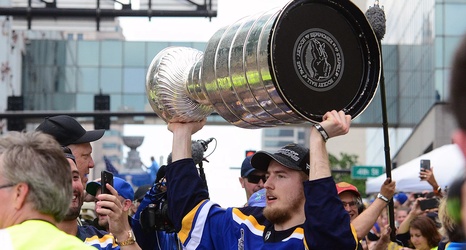 It was concerning to think that Ivan Barbashev, so important a part of the Blues’ playoff run and Stanley Cup championship, could seriously be at risk for playing in the KHL next season. Doug Armstrong made it his goal to keep as many members of that Cup winning team together, and until August it looked like the two question marks were Barbashev and Pat Maroon. Maroon’s issue was that there wouldn’t be space for him on the team if Barbashev returned. Oskar Sundqvist got a nice raise and extension worth $2,750,000 a year for the next four seasons.