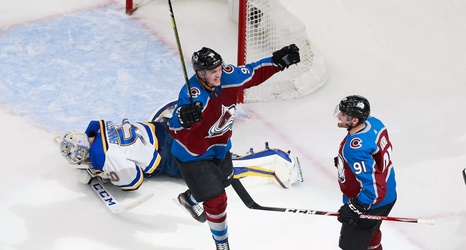 With 1:17 left in the third period, in a 1-1 tie game against the Avalanche, Alexander Steen took a hooking penalty against Andre Burakovsky. Steen’s penalty prevented a goal, but on the ensuing penalty kill, the Blues looked like the team that lost 4-0 to Chicago courtesy of special teams malfunction. It turned into a quick shooting gallery on Jordan Binnington, and I had a bad feeling:

Nazim Kadri decided to prove me right with a shot at the buzzer that may be the closest last-second goal that’s been seen for ages.