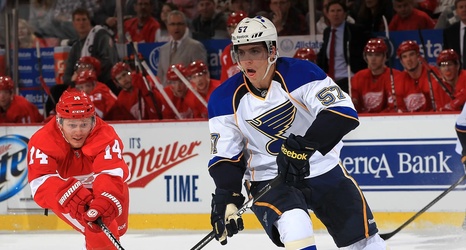 When it was announced that David Perron would be testing the UFA market, the way that the Blues and journalists covering the team were talking, it sounded like he would be leaving either for a long-term deal or a high cost deal that Doug Armstrong wouldn’t be able to match.

Today, David Perron tested that market and decided to continue the direct route that the Blues have established with the Detroit Red Wings, signing a two-year deal worth $4.75 million. That’s a reasonable term for a player who is 34 years old, and that’s an excellent deal for someone who scored 27 goals last season.