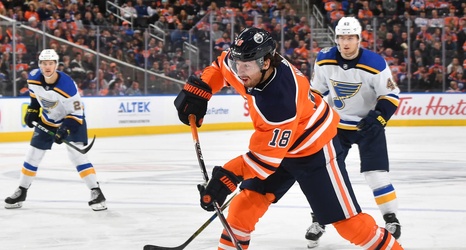 Restricted free agent Robert Thomas is unsigned, and Vladimir Tarasenko hasn’t been traded yet. The Blues have $781,151 in remaining cap space to work with as of today, according to Cap Friendly. Training camp is around the corner, the season is about a month away, and Doug Armstrong has invited James Neal and Michael Frolik to training camp on professional tryouts.

Both players have thirteen NHL seasons under their belts and have been steadily producing offensive players in the past. Last season with Edmonton, Neil had ten points in 29 games; Frolik skated for eight games with the Canadians.