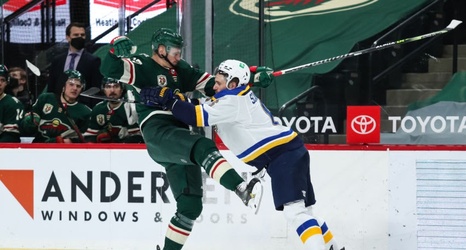 The St. Louis Blues are on the road for its second of three consecutive matchups against the Minnesota Wild on Thursday. One night after an epic 4-3 come-from-behind Blues victory over the Wild, ultimately ending Minnesota’s seven-game win streak, St. Louis looks to extend its win streak to four games and take a stranglehold on the final playoff spot in the West Division.

Wednesday’s game was an absolute thriller between the two sides. The Wild appeared to have run away with the game after an overwhelmingly dominant second period, leading 3-1 heading into the third.