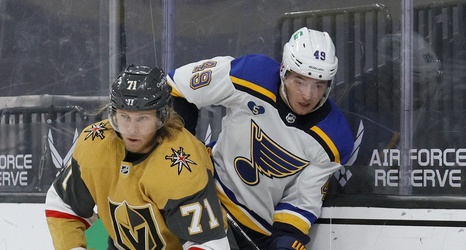 If you thought that the Blues waiting until last Saturday to start their season was odd, the Vegas Golden Knights haven’t played a game since October 14th. They’ve had nearly a bye week since their 6-2 drubbing by the Los Angeles Kings. The Blues, on the other hand, are playing their third game in five days.

Don’t assume that Vegas is well-rested by any means. They’re in the same boat that the Colorado Avalanche were - they’re perforated by injuries. Max Pacioretty should be out for almost six weeks with a fractured foot sustained in that loss to LA, and Mark Stone as well had to leave that game early with an undisclosed lower-body injury.