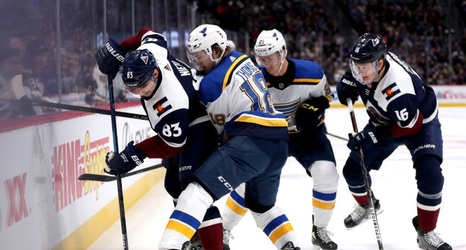 The St. Louis Blues and Colorado Avalanche go to battle for the seventh time this season on Saturday in the second of three consecutive games between the two teams. Colorado has the upper hand in the season series with a 5-1-0 record against St. Louis. After the Blues fell 4-2 to the Avalanche on Thursday, expectation will be much higher as the team continues its hunt for the final playoff spot in the West Division.

St. Louis’ sloppy playmaking cost them the game against Colorado on Thursday.