5 takeaways from a souring Blues defeat to Colorado 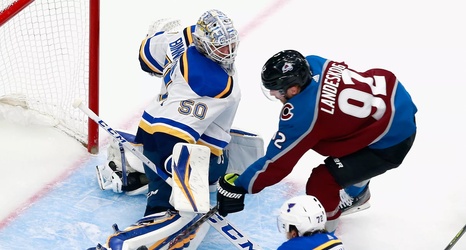 One would think that the mere sight of real hockey being back would erase any nasty feeling about a St. Louis Blues loss, but this is sudden death August playoff hockey, so that simply doesn’t apply.

The Blues took the ice in a near-empty Rogers Arena in Edmonton to face off against the Colorado Avalanche in game one of their Round Robin series. I don’t need to deeply explain what that is or how they came up with the name because really, at this point, who gives a shit? The Blues will face Vegas and Dallas this Thursday and Sunday to figure out where they will be seeded for the playoffs.