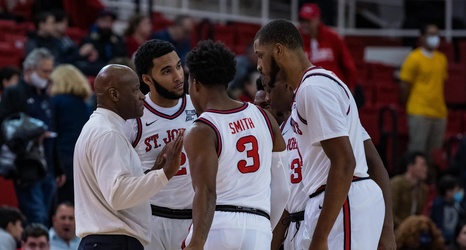 A confident crowd gathered at Carnesecca Arena for an anticipated continuation of Julian Champagnie/ Posh Alexander’s exceptional performances, while wondering who would step forward to assist the dynamic duo.

Tareq Colburn’s absence was noted; no one knew where he was. Fans expressed their expectation that Colburn was the third needed spark on offense that the team needed.

Happily, Montez Mathis stepped up to carry the supporting role. And despite some shooting struggles, Posh Alexander and Julain Champagnie — named to this week’s Big East Honor Roll — did enough to push the Red Storm to a double-digit win.