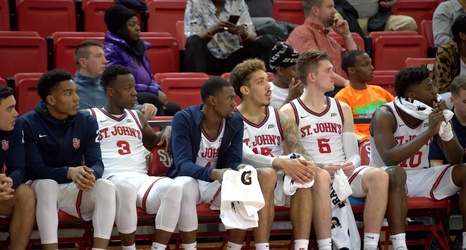 The Red Storm beat the Saint Peters Peacocks by 10 points in a bizarre game that saw almost flawless efforts at the beginning of each half and significant struggles at the end of each half for St. John’s.

“We were sloppy—that’s the word right there,” guard Mustapha Heron said after the game. “We got sloppy and they took advantage of it. I think it’s a concentration thing. You’ve got to be able to take care of the ball.”

One fan, who had been so optimistic at the beginning of the game said during the team’s late second half struggle, “one team was hungry at the end.