St. John’s vs Indiana: preview, gametime, how to watch 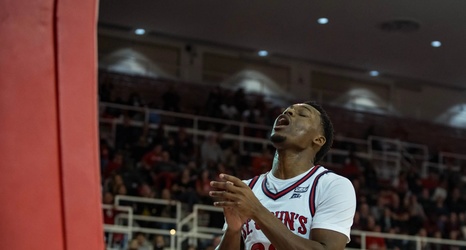 Tomorrow, St. John’s basketball will have their first big challenge of the 2021-22 season as they take on the Indiana Hoosiers in a true road game at Simon Skjodt Assembly Hall.

Part of the Big East/ Big Ten challenge known as the Gavitt Games, the Johnnies will face preseason All-American Trayce Jackson-Davis and an experienced lineup in an intimidating arena.

The Hoosiers are coached by former Indiana standout player and longtime NBA coach Mike Woodson, who has made some serious improvements to the Indiana defense that have shown against the inferior opponents they have played so far.