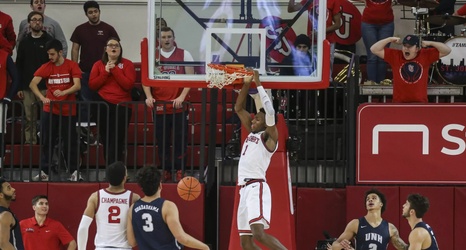 St. John’s looks to make it four in a row against different large predatory cats of New England, the Vermont Catamounts, on Saturday at 4:00 PM in Carnesecca Arena.

It was a sloppy and undisciplined start for the Red Storm. Offensively, the team settled for multiple single pass possessions resulting in contested jumpers early in the clock. Defensively, St. John’s allowed UNH to get the ball into the paint with ease and only lightly contested any subsequent shots. These easy paint looks led to even easier shots from behind the arc, with UNH converting 50% (7 of 14) of them in the half.