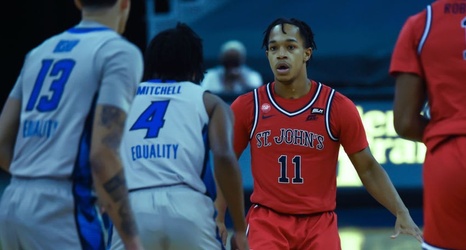 Over the weekend, former St. John’s guard John McGriff announced via his social media pages that he is committing to the Binghamton Bearcats for next season.

The Bowie, Maryland native did not see the court in his first year in Queens after he suffered a shoulder injury in the preseason that required surgery.

The six-foot redshirt freshman was cleared to play prior to the 2020-21 season and appeared in 18 games off of the bench for the Johnnies, averaging 0.