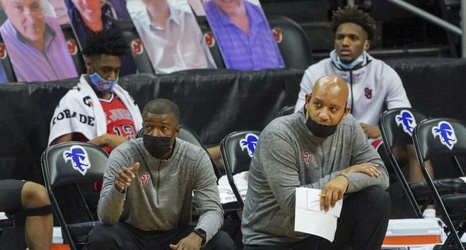 The St. John’s basketball program has promoted Van Macon on the coaching staff.

Head coach Mike Anderson announced the move on Wednesday morning as Macon has spent two seasons in Queens since Anderson took over the storied program.

“Van [Macon] is a veteran coach and tireless worker who has helped shape our program in so many areas,” Anderson said in a press release.