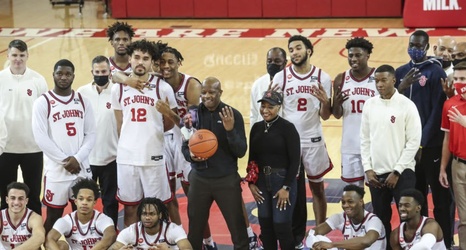 The reigning Big East Coach of the Year earns a reward as the St. John’s basketball program and head coach Mike Anderson have agreed to a contract extension through the 2026-27 season.

Anderson arrived in Queens after a long and public search for a head coach after the departure of Chris Mullin who spent four seasons with his alma mater.

The former head coach of Alabama-Birmingham, Missouri, and Arkansas has never endured a losing season as a college head coach with at least 15 years of experience, joining an active list of Gonzaga’s Mark Few and Michigan State’s Tom Izzo.