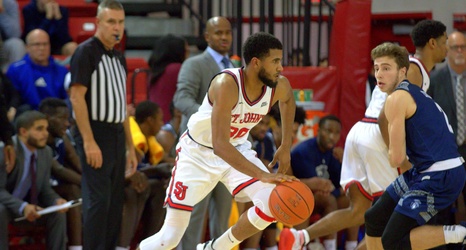 After an uninspired first half, the Red Storm’s second half adjustments helped the Johnnies past Saint Peter’s, 79-69.

St. John’s took on another team in the bottom third of NCAA, according to Saint Peter’s ranking 332 in KenPom Rating.

As more challenging opponent’s are quickly approaching for the Johnnies, including West Virginia on Saturday, it was important that St. John’s not just win, but win in a way that the team can collectively scale up as the season drifts along.

Despite getting the win, St. John’s performance did not appear to build on the success they had against Wagner.