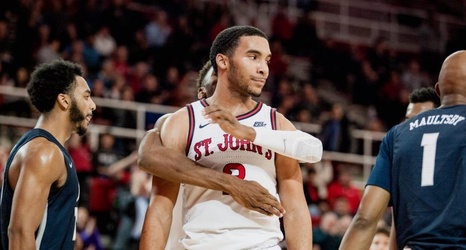 Julian Champagne celebrates after scoring a late basket in the Red Storm's win on Tuesday night against the University of New Hampshire.

St. John’s held a tight lead throughout the second half.