Podcast: the Rutgers/ St. John’s rivalry returns (with On the Banks) 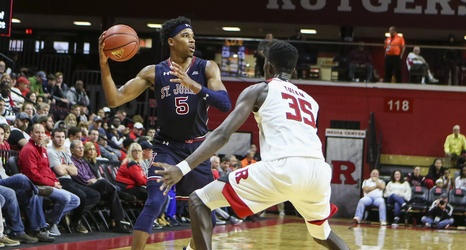 We used to friends! We used to be rivals! Now, St. John’s vs. Rutgers are so close, but in terms of conferences, so far away, playing a one-off game to finish off the Gavitt Games series.

But it’s still a chance to catch up with the rebuild in the middle of the Garden State.

St. John’s vs Rutgers may not be bigger than Duke/ UNC or even Harvard/ Yale, but the Epic Battle will be discussed with our favorite Rutgers people -- On the Banks manager Aaron Breitman and Dave White, who used to manage the site (and used to do the Not Half Bad podcast with Norman, for those who have been following the Rumble for a minute).