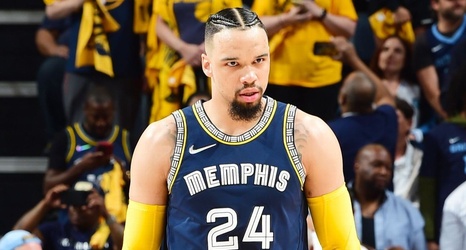 MEMPHIS, Tenn. -- Memphis Grizzlies forward Dillon Brooks was ejected less than three minutes into Tuesday night's game against the Golden State Warriors for a flagrant foul 2 on Gary Payton II, marking the second straight game in this second-round series that a starter was ejected for a flagrant 2.

Brooks was chasing down Payton from behind on a fastbreak layup when he hit the Warriors guard in the head in the air with 9:08 left in the first quarter. Payton went down hard and remained down for several minutes.