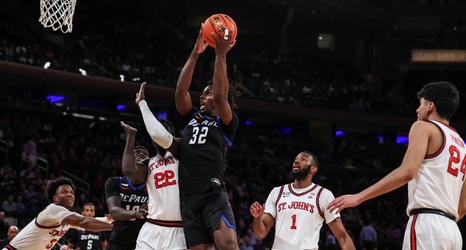 St. John’s has landed a second transfer commitment in the offseason, and the second coming from a school in the state of Illinois.

Former DePaul wing David Jones, an athletic and attack-minded 6’6” scorer, has committed to the Red Storm will join Joel Soriano and the St. John’s Red Storm in the fall. Jones will have two years of eligibility remaining.

A former top-150 player, Jones is originally from the Dominican Republic but played high school basketball in West Virginia. Former DePaul coach Dave Leitao recruited Jones to come to Chicago. After enrolling in January at DePaul, Jones emerged in his second year after the Blue Demons’ coaching change, averaging over 14 points per game last season.