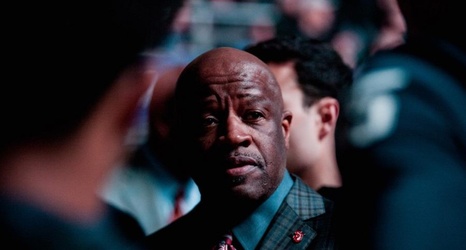 On May 13, a press release announced that Head Coach Mike Anderson of St. John’s Men’s Basketball received a six-year contract extension into the 2026-27 season. The financial terms of Anderson’s contract extension were not disclosed.

Upon joining the Red Storm in 2019, Anderson became the first coach at St. John’s in nearly three decades to receive Big East Coach of the Year, as well as guide two of the top performers in the league in the 2020-21 season, Julian Champagnie and Posh Alexander. Anderson also brought the team to a 16-11 overall record this past season, and a 10-9 record for the Big East.