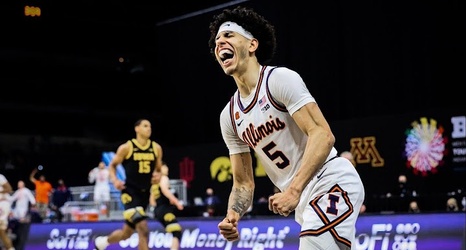 Former Illinois point guard Andre Curbelo announced his commitment to St. John’s on Apr. 15 via Instagram. His announcement immediately spread across multiple social media platforms and received praise from the St. John’s community, especially current team members. There has been no official release from the St. John’s Athletic Department of the recruit at this time.

Curbelo was a four-star recruit out of high school, ranked number 44 in the nation by both ESPN and 247sport.