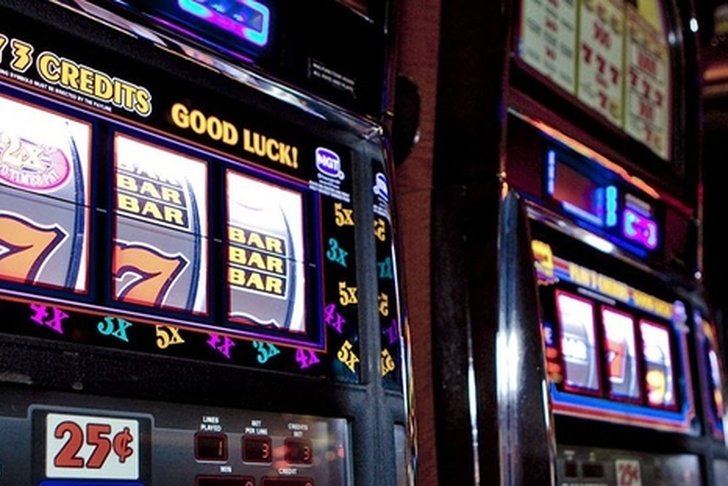 Sports fans are savvier than most when it comes to wagering money online. If they aren’t staking money on their favorite teams, then you can find them playing games on online casinos. Slot games have become synonymous for adjusting some of the most popular games into variations that will appeal to a broad audience. That is enough to get sports fans hooked on a slot game. They live and breathe their sport, with bad results often meaning that their weekend is ruined.

Regardless of the sport that the punter follows; online casinos always have you covered. There are slots variations accustomed to all sports whether it is football, baseball, basketball, horse racing or motor racing. For football fans, it would be an extremely popular way to take their mind off the summer break without the sport.

Football
The most popular sport in the world would undoubtedly make for a very successful choice for slot developers. However, while some titles flatter to deceive; players can find titles such as Football Carnival and Champions Cup if they look around hard enough.

Americancasinos.com is the perfect place to find the best casino for these games. The latter of the titles was created for the 2018 World Cup and was a roaring success for fans. When gamblers weren't placing money on sportsbook markets, they were playing this highly addictive slot game. The bonus game was exceptionally well received as it was an extra way to win money in the form of a penalty shootout.

The Football Carnival slot by Playtech is a five-reel slot game which boasts 50 pay-lines and plays off the famous Brazilian national side. The minimum bet on the slot game is $0.50, which is perfect for the bet per spin. The slot is top-rated among football fans since they grow up idolizing Brazilian legends such as Ronaldinho, Ronaldo and Pele and the yellow and green colors and synonymous of all the feelings that they get from watching these legends.

Ice Hockey
One of the most popular sports in North America is ice hockey. The NHL is the most popular league in the world, and with Canada, they also boast the best national side. The love of hockey is similar to the British and their love for football. Fans grow up watching the sport and idolize the players, so it is little surprise that there has been joy in the slots market for this sport.

The most popular of the wide range of ice hockey slot games is Hockey Hero. With 25 pay-lines it entices all slot fanatics and not just those that have a deep love for the sport. Push Gaming developed the game, and it will appeal to the high-rolling players as there is a maximum bet of $125, and the progressive jackpots linked to the game keeps player engagement.

Horse Racing
Horse racing has been a pastime for all sports fans, especially in the United Kingdom and America. Thousands attend the big festival meetings at Cheltenham and the Kentucky Derby, but for those that aren’t able to get to the events then they can create their own excitement through various horse racing-inspired slot games available at online casinos.

The most prominent of which is Frankie Dettori’s Magic Seven, which is developed by Playtech. The simple but effective game is modeled on the jockey’s achievement of winning seven races at the Royal Ascot festival in 1996. It is a game that traditional slot fans will love, with classic gameplay and basic graphics at the forefront of the game. It has truly passed the test of time, which highlights how immerse the slot is. The free Games Race round with 35 spins has been a hit with fans of both slots and horse racing. Other great horse racing inspired slots include Derby Dollars, Jumping for Gold and Day at the Races.

Motor Racing
Casinos and motor racing go hand in hand, and that is evident by the fact that the most popular event of the Formula 1 calendar comes from Monte-Carlo. However, many fans who are obsessed with the sport aren’t lucky enough to get to the principality of Monaco and will instead have to stick to watching the race on the television while playing on one of the high-quality slot games that are inspired by the sport.

The best of the options available is the Rival software developed game titled Fast Lane. There are symbols such as the racing flag, helmets, spinning tires, and trophies. Meanwhile, the rewards of free spins and Pit Stop bonuses are a welcome addition. Along with this, players can also earn more coins if they designate the correct crew member to fix the overheated car that appears when you pull into the pit stop. It is the perfect slot for motor racing fans.

Basketball
The NBA season has recently concluded after the Toronto Raptors beat the Golden State Warriors in the finals. However, fear not basketball fans, there is an array of slot games that you can play to fill the void left by the sport over the summer months.

Basketball Star is the perfect game for all fans of the sport. The slot is developed by Betsafe Casino and is thriving with basketball resemblances for players. The background of the game is an indoor court, while the reels show bold symbols that are synonymous with the sport. The varieties of bonuses that are included in the game take it to a new level and make it enjoyable for all fans of slot games.