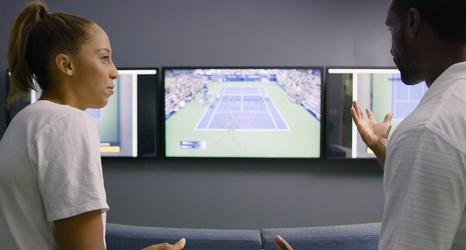 At a meeting last year with staffers from IBM and the U.S. Tennis Association, former world No. 1 player Ivan Lendl recounted an insight he had gleaned from scouting Novak Djokovic against the player Lendl coached, Andy Murray. The Serbian star never hit a forehand down the line before the fourth shot of a rally.

Andre Agassi’s longtime strength coach, Gil Reyes, described intently watching how players stopped and restarted their lateral movement during a match. Did they stay low and push off or did they need an extra step to reverse momentum? That extra effort seemed to be a sign of fatigue.