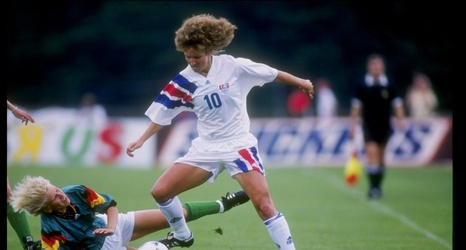 As the U.S. Women’s National Team gears up for Friday’s World Cup quarter final against France, two former soccer stars are raising concerns about the brain disease chronic traumatic encephalopathy in their sport.

Michelle Akers and Brandi Chastain, who scored both goals in the team’s historic 1991 Women’s World Cup Final victory, appeared on CBS this week to chat about CTE. Now in their early 50s, the two are participating in a study about how the disease can affect athletes later in life, according to CBS This Morning.

Evidence of the disease has been found in former NFL players, and is tied to a flurry of innovation centered on reducing head injuries in football.