The Price Isn’t Right: Eight Times That The Bookies Got It Oh So Wrong 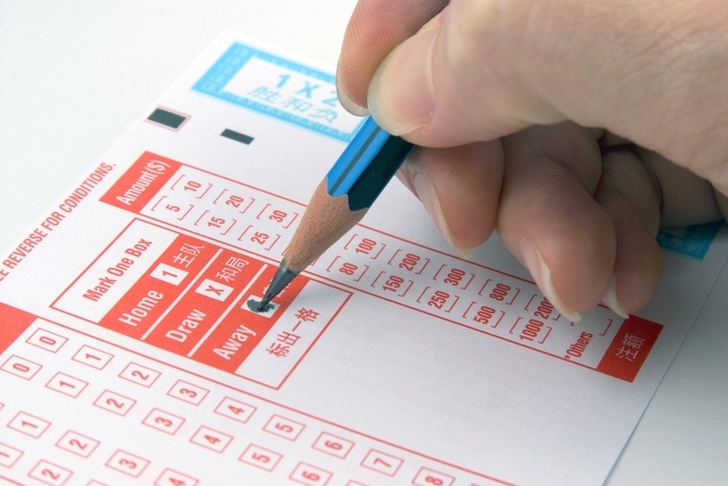 Any betting market is essentially driven by supply and demand – the more that people want to wager on a particular horse or team, the shorter the odds for that selection will go.

So, when you think about it, a betting market and its closing lines should be the most accurate reflection of how a race or match will pan out – often, they typically are.

However, you rarely see a poor bookmaker. That’s because betting on sports really isn’t easy.

In horse racing, there have been countless big odds winners over the years, and while those that backed them will have been dancing in their living rooms, the bookies would have been pretty chuffed too – they generally profit when an outsider crosses the line in the first place.

With the Cheltenham Festival on the horizon, we thought we’d take a look at some of the biggest odds winners in horse racing history to whet your appetite!

He Knows No Fear (300/1)
In the modern era, no outsider has won at higher odds in horse racing than He Knows No Fear, who romped home at Leopardstown in August 2020 at a princely price of 300/1.

It broke a record that had stood for 30 years – the previous longest odds winner was 250/1, and so trainer Luke Comer would have been even more delighted had he had a flutter on his charge.

But surely nobody would bet on a 300/1 shot, would they? Wrong. One punter in Ireland staked a whopping €100 each way on the alleged no hoper, netting him or herself a handsome €40,000!

It was back in November 1990 when the five-year-old, that had done very little in its career up until that point, and in fact, hadn’t even reached the finishing line on two of its previous four runs after being pulled up.

But reputation counted for nothing in the fateful novice race at Kelso in which the horse was entered, outlasting the field to score a remarkable victory and one the bookmakers certainly didn’t see coming.

Beechy Bank (200/1)
Like a number of horses on this rundown, Beechy Bank was a novice who had shown very little quality in a short career to that fateful day in 2002.

He was sent to Warwick to compete in a standard handicap race for novices, and nothing was expected – hence the 200/1 price.

However, the horse confounded expectations in a mind-boggling victory that a handful of bettors actually backed. Indeed, two savvy punters had the no-hoper in a double with another winner – banking more than £5,000 each for their troubles.

Lights of Broadway (200/1)
Is this the most ‘misunderstood’ horse race in history?

Lights of Broadway was the massive odds winner, taking advantage of a fall by the favorite Night Rose to score his backers an outstanding payday.

Dandy Flame (200/1)
After finishing last on race debut, Dandy Flame was given no chance of winning a maiden stakes outing at Wolverhampton in July 2016.

The fact that the horse finished last in its next two starts suggests the bookies were right to write it off, but every dog (horse) has their day, as the old saying goes.

Dandy Flame tore up the form book to come home in first place, and most pleasing of all for trainer Jose Santos was that he later admitted having a bet on his charge!

Mon Mome (100/1)
The longest priced winner in the history of the Grand National romped home at 100/1.

Mon Mome became the greatest outsider in more than 40 years when he triumphed at Aintree in 2009, going the distance to win by a length from the much more fancied Comply or Die.

Norton’s Coin (100/1)
Given that the Cheltenham Gold Cup is a showcase for some of the very best chasers in racing, it’s very rare for an outsider to rock up in first place.

But that’s exactly what happened in 1990, when Norton’s Coin won the most prestigious race of the Cheltenham Festival in extraordinary fashion.

And what a story it was, with the horse – trained by a dairy farmer from Wales – defeating the legendary Desert Orchid in front of an astonished crowd.

It’s highly unlikely that a 100/1 winner will feature in Cheltenham tips in 2021!

And For Something a Little Different...
It’s not always when a huge odds outsider wins that the bookmakers have got it wrong.

That’s also the case when an odds-on favourite is defeated, and while they have got it ‘wrong’ the bookies are overjoyed when the hopes of punters everywhere are shattered.

That’s what happened at the Cheltenham Festival in 2019 when Benie Des Dieux, the red-hot favourite for the Mares’ Hurdle, came unstuck to an unfancied rival.

Benie Des Dieux was the odds-on favourite, and that would have spelled disaster for the bookies had Willie Mullins’ horse won comfortably as expected.

Those who had backed the favourite were already counting their winnings as she cruised into a big lead with Ruby Walsh in the saddle. However, the mare lost her footing when jumping the last and ended up hitting the deck – you could almost hear the cries of anguish up and down the land.

That left the door ajar for Roksana, the outsider who enjoyed her day in the sun much more than her fancied opponent.

And finally, how about a 999/1 winner?
As you may know, you can bet in-play on the horses these days, and savvy bettors would have enjoyed a remarkable payday if they were observing the live odds.

Back in December 2019, Buster Edwards was a 7/2 favorite in a race at Haydock, but a disastrous start saw him hit 999/1 in-running.

But he rose like the Patriots in Super Bowl LI in the final furlongs, powering his way through the field to reward those quick enough to get a bet on with one rather handsome payout!