The NFL Knows A Lot About Deploying High-Capacity WiFi Networks 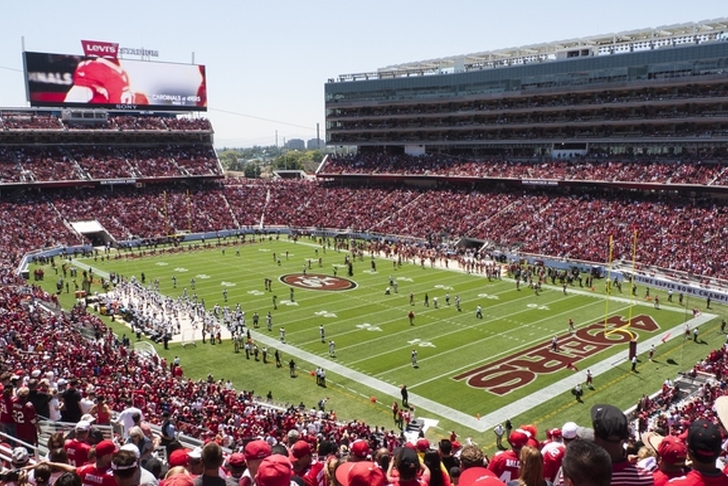 In previous years, we have witnessed thousands of fans flock to NFL stadiums to take in a game. Whether the Super Bowl or even just a playoff game, being immersed into the sport is something to be amazed by. Yet, there is something that makes the experience even better for eager fans: WiFi.

You might not have thought about it, but the NFL uses high-capacity WiFi Networks in its largest stadiums, giving all of the fans access to WiFi connectivity.

Why Do They Offer It?
As cell phones have become the norm, there are more users than ever hopping on their phones during a live game. The issue is that mobile carriers cannot supply enough bandwidth for that many users in a single location at the same time. The results have been blocked calls and unsent messages, making it difficult to connect to your friends or family who might be at the stadium with you.

Since we are all used to having cell phone coverage when we want it, the congestion and traffic at games raised a lot of complaints. The NFL responded, however, by installing high-capacity WiFi networks.

WiFi 6
In 2019, the NFL launched a WiFi 6 platform across their stadiums. WiFi 6 is the fastest WiFi protocol out on the market, and it already has a lot of excellent internet options in households. But putting it in place in stadiums has changed the way that fans can interact online. WiFi 6 is reported to have 4 times the capacity that the previous standard has. The opening of Levi's Stadium in Santa Clara pushed the NFL ahead of the curve amongst large sporting venues.

In a stadium setting, WiFi 6 can handle both indoor and outdoor demands and with a higher bandwidth capacity, making it easy for football fans to have internet access. As a result, fans are generally happy with the NFL, which also benefits the NFL. The more loyal they can keep their fans, the better off they will be in the long-run.

Issues
There are some issues that come with the NFL’s connectivity. While some stadiums are small enough to work with something like Xfinity compatible routers, most stadiums have other issues to deal with. No two stadiums are identical. WiFi is easily interrupted by obstacles, walls, and even bodies. All of these act like obstructions, making it so that the WiFi can have a harder time reaching its destination.

Some stadiums have gotten more creative to combat the problem, like the Seattle Seahawks that were working to double the number of access points at CenturyLink Field. They had 750 in place, but were hoping to reach 1500 points in the 2020 season. Since sports have been interrupted on a global scale, it is not known whether they were successful with their plans, but the situation is a problem for everyone.

Regardless, all stadiums need to take into account their own situation in order to actually achieve getting internet to all of the fans at the same time without issue.

The System
In order for the NFL to successfully supply their fans with WiFi, they have to employ a complex mesh system. Most mesh systems come with access points that will individually cover a certain amount of space, typically between 1500 to 3000 square feet each. Because of the immense size of a stadium, they need a lot more access points to reach the entire distance of the stadium. Then, taking into account the amount of bodies that can also interfere with the signal, there are more points needed.

It requires a good relationship with an ISP in order to have the best service possible, especially with the amount or bandwidth that is even required. Not all stadiums will be as successful right away, because they will need to have professionals work out how to configure the network. Maybe since so many sports arenas are currently closed at the moment, they will have an opportunity to get it in place everywhere for next season. We will see.