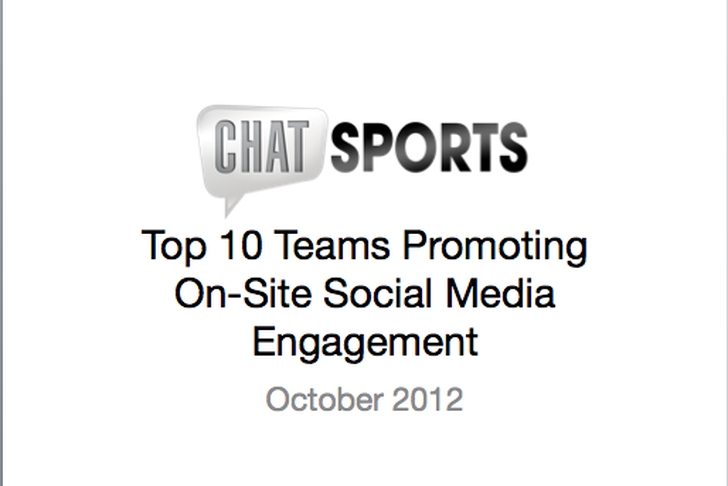 It goes without saying that social media has deeply embedded itself in the popular culture vernacular of today's digital age.

Online conversations are happening virtually every second of every day, and the omnipresence of social media has made word-of-mouth marketing even easier for businesses to access and capitalize on.

With the passionate conversations surrounding sports and athletic events, teams have begun to engage their fans and streamline online conversations through the on-site advertisement of their social media platforms. By displaying the team's Twitter handle or hashtag in highly visible areas like the court, field or athletes' jersey, teams are able to direct the conversations and better track their fan engagement.

Take the 2012 MLB Postseason. Despite the fact the World Series only went to four games, the postseason as a whole received over 10.7 million social media comments, more than twice the amount received in 2011. Over 1.2 million of those comments came from Game 4 of the World Series, making it the most talked about MLB game in history. The MLB advertised #WorldSeries behind home plate at both At&T Park and Comerica Park.

Our top ten teams were ordered based on audience, including Twitter followers and Facebook fans, and the average amount of engagement each team's promoted social media hashtag or handle receives.  Check them out!