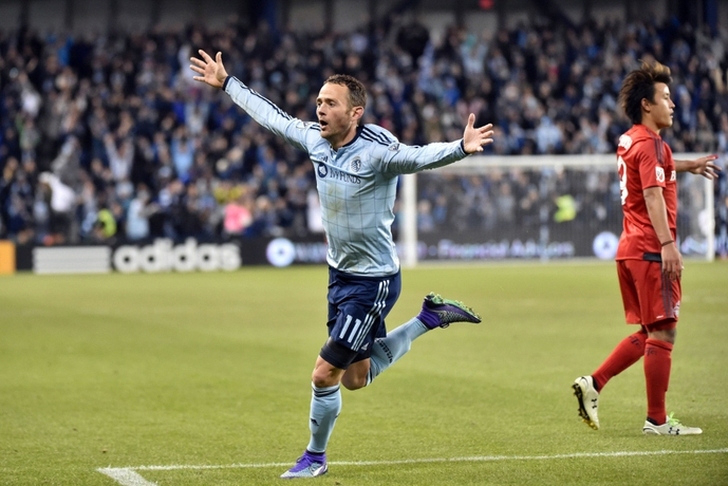 Sporting KC's Brad Davis joined a club occupied by only a few other players during Sporting KC's 2-1 loss to FC Dallas Sunday. Davis became the fifth MLS to appear to 400 games, and is only the third active player to reach that mark.

Sporting KC traded for the midfielder this offseason in a deal with the Houston Dynamo. He was drafted in 2002 has played for the New York MetroStars, the Dallas Burn and San Jose Earthquakes, in addition to the Dynamo and Sporting KC. Davis sent out a thank-you tweet earlier this week

It's been an honor and privilege playing 400 games in @MLS. Thx for all the support throughout the years.

The 34-year old is the active MLS leader in assists and time all-time behind Steve Ralston and Landon Donovan.

Next ahead of Davis is Steve Ralston, who has 412 appearances. Active players Kyle Beckerman and Nick Rimando are in third and second place, respectively. At the top of the list is Kevin Hartman, with 465 games played.