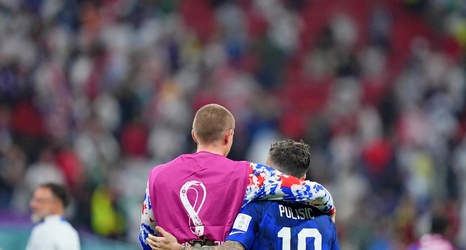 The USMNT has defeated England with a resounding 0-0 draw in their second match of the 2022 World Cup. It may not have been worth three points, but it was a memorable performance from the United States. They were unlucky to not get the winner with Christian Pulisic hitting the crossbar and Weston McKennie missing a golden opportunity as well.

Why has Gio Reyna barley seen the field? Eric Wynalda has claimed Gregg Berhalter lied about the players’ fitness and there’s now a rift between the two.

Haji Wright got the start over Josh Sargent, how does he match up against a stingy Iran defense?