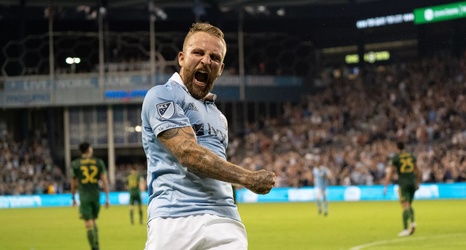 “To be a leader you have to have a strong personality.” – SKC manager Peter Vermes

All terms that describe Johnathon Simpson Snedden Russell, better known as Johnny Russell to his fans. And now he can be called Captain.

Russell has been officially named the 2021 Sporting Kansas City Captain for the upcoming season by manager Peter Vermes.

“It’s a massive thing for me and something I won’t take lightly. I think everyone knows by now what you are going to get from me, it’s not going to change anything but from a personal point of view it’s a massive honor,” Russell stated via video.