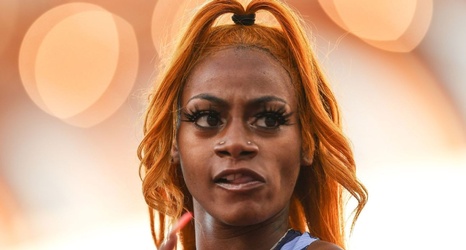 Sprinter Sha'Carri Richardson's return to the track after not being allowed to compete at the Tokyo Olympics did not go as she had hoped, but she stressed that she's "not done."

Richardson finished ninth in a field of nine runners in the 100 meters at the Prefontaine Classic on Saturday in Eugene, Oregon. Her time of 11.14 seconds was well behind winner Elaine Thompson-Herah, the Olympic gold medalist from Jamaica who clocked 10.54 seconds.

The 21-year-old sprinter was given -- and accepted -- a 30-day ban after testing positive for a chemical found in marijuana after her victory in the 100-meter finals at the Olympic trials on June 19.