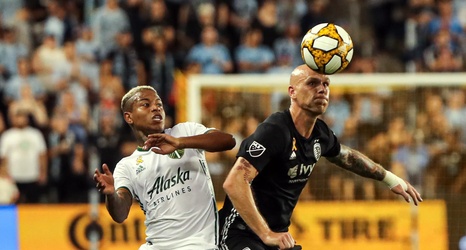 Just because Sporting Kansas City is well into the off-season doesn’t mean that everyone on the team is taking a break from soccer. Botand Barath and Nicolas Hasler have both recently been called up for their respective national teams.

Barath will be joining up with the Hungarian Men’s National Team for a couple of matches in November. First up will be a friendly against Uruguay on Friday, November 15th in Budapest. Following that, Hungary will get set for their final UEFA Euro 2020 qualifying match against Wales. That match will take place on Tuesday, November 19th in Wales.