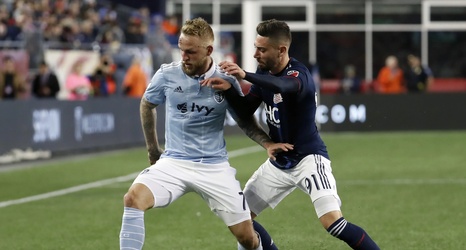 Going into the season, putting Sporting Kansas City and the New England Revolution on national television probably sounded like a great idea. Sporting were a blown handball call away from winning the Western Conference and the Revs absolutely ran away with the Supporters Shield race (and by extension the Eastern Conference race).

Oh my how things have changed.

Sporting KC are currently dead last in the Western Conference and only two points ahead of last place Chicago Fire in the whole league. The Revolution aren’t faring quite as bad, but they sit in 11th in the East, but just two points behind 7th place Inter Miami CF.