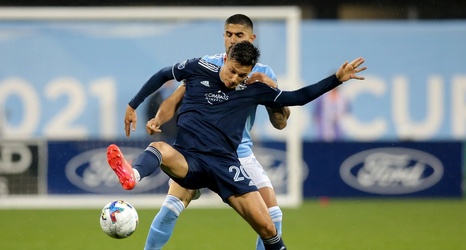 For the first time this season, Sporting KC earned a point on the road. NYCFC had scored 14 goals in their past three matches, but the SKC defense held them to a Total Team XG of less than a goal.

The classic connection of Tim Melia to Daniel Salloi nearly opened the scoring in the second minute. After the NYC defense misplayed a long ball from Melia, Salloi hit it on his first touch from just outside the box. His shot was right at Sean Johnson, but it led to a corner kick and another huge chance.