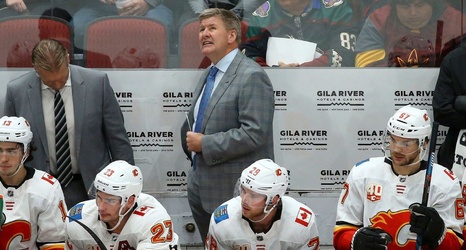 Calgary Flames coach Bill Peters was fired on Friday, a source confirmed to ESPN, four days after a former player came forward and said the coach directed racial epithets toward him while they were in the minors 10 years ago.

Akim Akiu said on Twitter on Monday night that Peters "dropped the N bomb several times towards me in the dressing room in my rookie year because he didn't like my choice of music."

Aliu played for Peters in 2009-10 with the Rockford Ice Hogs, the AHL affiliate of the Chicago Blackhawks.