SKC dominates but can not complete comeback 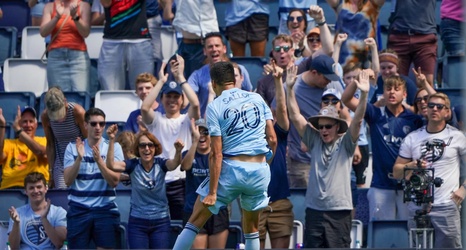 Sporting Kansas City and Austin FC drew 1-1 on warm Saturday afternoon. It looked like it was going to be a repeat of their first match with SKC dominating the stats but surrendering an early lead.

SKC maintained controll over most of the early play but Austin's Paraguayan Designated Player, Cecilio Dominguez snagged the lead in the 26th minute against the run of play. from when he received a feed from Zan Kolmanic near the top of the box. Austin's #10 took a touch and slid a shot past the diving Tim Melia to give the visitors a 1-0 advantage.