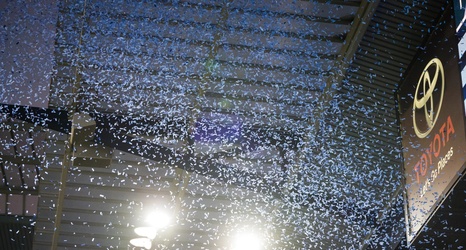 It is being reported that Sporting Kansas City has made an offer on Congolese forward Guy Mbenza. The 19-year-old plays for Stade Tunisien in Tunisia.

“While his name was circulating in Europe and especially in France, Guy Mbenza is preparing to leave the Stade Tunisien for MLS . According to various Tunisian sources, the Congolese striker is the subject of an offer from Sporting Kansas City”

It is reported that Sporting KC has made a $ 500,000 offer for Mbenza. The Brazzaville, Congo native was also reported in other outlets to be drawing interest from various French Lique 1 teams like Bordeaux, Rennes and Nantes.