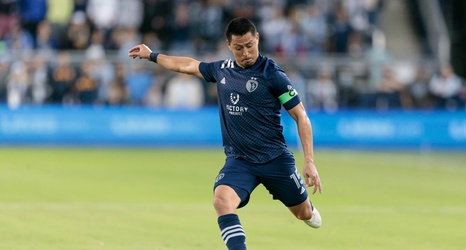 He’s a 35-year-old with a mountain of experience, but playing the holding midfield role is still pretty new to Roger Espinoza. He wasn’t caught off guard by having to play the 6 recently because if you aren’t versatile and ready for anything, you likely won’t be on Peter Vermes’ field anyway. He says he wished he had done better, but now he can use that “ammunition” to help turn things around for Sporting KC.

Roger is a clear leader in the clubhouse, often mentoring and being tough on younger players. What would he say to his younger self with the long hair and full Roger-face?