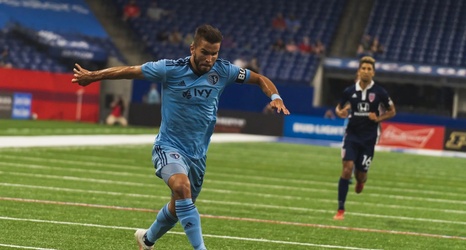 With a total of five points in the last two months, Sporting KC II has had some major struggles. Looking to build from last week’s draw, SKC II will welcome Memphis 901 FC to Children’s Mercy Park for the second time this month on Sunday.

Their most recent point came last week in a 1-1 draw with the Indy Eleven. With a huge slice of luck coming at the death, SKC II escaped with their first point in nearly a month. That came after SKC II took the lead with a great move that allowed Wilson Harris to find his second goal of the season.