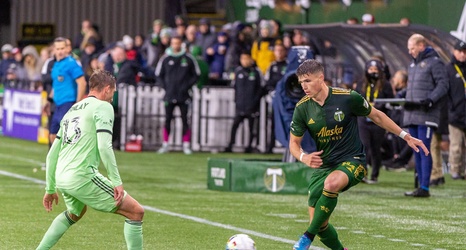 A former Scottish International (and still one of MLS’s best) versus a rookie from Nevada.

Tonight, at Providence Park in Portland, Washington, Sporting Kansas City will kick off against Portland Timbers at 9:08pm. What is a key, if not the key, one-on-one matchup for the game?

Though each side could lineup with varying personnel (more on that later), Pitch Pit is playing the odds. The flank battle between Sporting’s Johnny Russell and Portland’s Justin Rasmussen will be a telling one in a match pitting two teams who have scored grand totals of three goals and one goal, respectively, in their last four MLS contests.