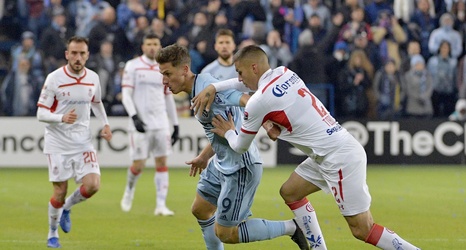 Krisztian Nemeth knew heading into 2019 that this could be a big year for him. Perhaps the most important year of his career.

After leaving Sporting Kansas City in 2015, Nemeth spent the past three years playing sporadically in Qatar and New England before finally returning to Kansas City last summer. The second half of 2018 didn’t go as planned, though. He played just 386 minutes across nine appearances for SKC in MLS play, scoring one goal and earning one assist.

2019 couldn’t have started any different.

Nemeth started off the preseason on fire with a team-leading five goals before scoring the first goal of the year for Sporting KC in a meaningful match, kicking off a 3-0 dismantling of Toluca F.