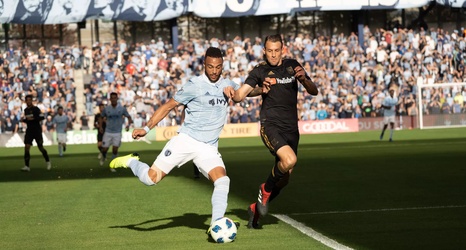 Former Sporting Kansas City forward Khiry Shelton has returned to the club where he played in 2018. Shelton has been signed to a three-year MLS contract through 2022 with an option for 2023 by Sporting KC.

After a successful 2018 with Sporting KC, Shelton signed with SC Paderborn 07 in the German second division. Shelton had a knee injury that sidelined him for part of that season but he did appear a couple times helping them get promoted to the Bundesliga.

Shelton made two appearances as a substitute for Paderborn in the first division and was on the bench for an additional 7 games before returning to Kansas City.