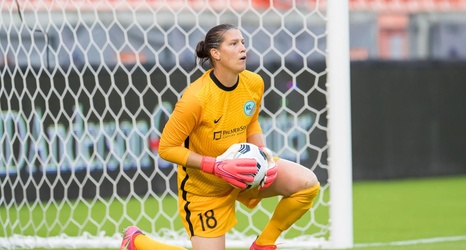 Some professional athletes, it seems, can play forever: Carli Lloyd, Formiga, Christie Pearce, Christine Sinclair, to name a few. The same can be said for goalkeeper Nicole Barnhart, but today, KC NWSL announced that they had waived Barnhart. Her form in 2021 began to show signs of slowing down, and the club had recently acquired goalkeeper Katelyn Rowland from the North Carolina Courage, adding a fourth goalkeeper to the roster. Kansas City had to make another difficult decision, like trading away Amy Rodriguez.

“Nicole Barnhart is one of the best players I have ever had the chance to coach,” said Head Coach Huw Williams.