Across State Lines: Lewis Scores Brace in US Open Cup 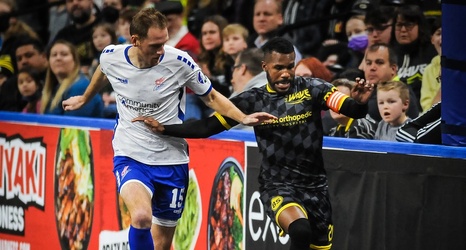 After the last two years of the US Open Cup has been canceled due to COVID-19 the US cup competition has returned this year with all its glory. The second round of the competition started this week with a handful of matches last night and more coming today and tomorrow. In last night’s matches KC native Matt Lewis had himself a big game for Detroit City against former NISA league mate the Michigan Stars. Lewis scored two goals for Detroit in their 3-0 win over the Stars. Elsewhere another KC native had a big night as Kyle Greig scored one goal and added two assists in the Tampa Bay Rowdies 6-0 win over The Villages.