Across State Lines: Burns Out in New England 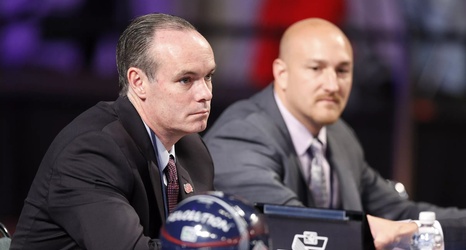 Former Kansas City defender, Mike Burns saw his tenure with the New England Revolution end this past week. Burns had spent 14 years with the Revolution and had been the club’s GM over the past seven years. Less than a week after the club fired head coach, Brad Friedel, Burns was shown the door as well as New England chose to bring in Bruce Arena to be the Director of Soccer Operations and head coach. Here’s the rest of this week’s update. Burns had been an original Revolution player, a US national team defender, and played for the San Jose Earthquakes before joining Kansas City in 2001 and playing the 2001 and 2002 season with the Wizards.