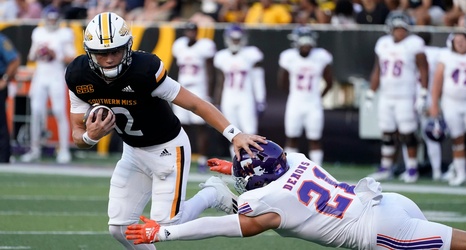 Three weeks of quarterback debate for Southern Miss football appear to have been enough.

Asked whether true freshman Zach Wilcke had cemented his status as the Golden Eagles' starter under center after a 27-24 win over Tulane, coach Will Hall gave a one-word response:

Wilcke quarterbacked Southern Miss (2-2) to its second consecutive win last week, marking only the second stretch of back-to-back victories for USM since Hall took over the program before the 2021 season.

It was the third straight start for Wilcke, who stepped in for the injured Ty Keyes against Miami in Week 2 and hasn't looked back.