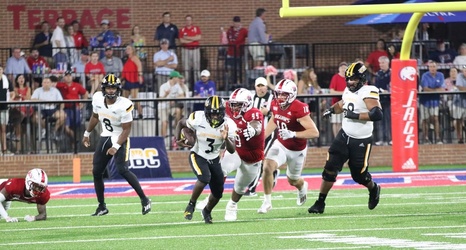 Southern Miss football got its first victory of the Will Hall era on Saturday, beating Grambling State 37-0 at M.M. Roberts Stadium.

The Golden Eagles opened the scoring in the first quarter with a Trey Lowe touchdown pass to Jason Brownlee, and after a missed Grambling field goal attempt in the second quarter the visiting Tigers did not come close to scoring again.

Here are four things we learned:

Will Hall wins first game as Division I head coach